Visit one of the finest vineyards in the world, high above the scenic Mosel river. But watch your step: This is also one of the very steepest.

By Jesper Rovsing Olsen, co-founder
of Silver Tray and a former travel editor.

I know alcohol kills, but this is ridiculous. Premature death from wine is not supposed to happen suddenly and instantly, a sharp jab of pain immediately followed by oblivion. But that’s the near future I’m forced to contemplate right now. Slowly and carefully making my way through a vineyard, I know that one wrong step may be fatal.

You see, this is not only one of the very finest vineyards in the world, high above the scenic Mosel river. It is also one of the very steepest. We’re talking double black diamond ski run steepness, only without any snow to lessen the impact against the sharp rocks.

This is not a hypothetical worry. My guide, a young local winemaker from the estate of Marcus Molitor, shares the story about a grape picker from last season who slipped right here. She was fortunate to only break several major bones. She’s skipping this year.

Is it worth it? Absolutely. These hand-picked grapes result in wines that are to die for. And I don’t mean that just literally. A few years ago, Marcus Molitor scored a perfect 100 points in The Wine Advocate from a Riesling that grew on the very vines I’m walking alongside now. Another two of his wines received similar acclaim.

World famous, then ridiculed and forgotten

That caused quite a sensation, but it really shouldn’t have. A century ago, every knowledgeable oenophile recognised Riesling white wines from Mosel as the very best in the world. I visit Roman Niewodniczanski, a German winemaker who is investing most of his family’s sizeable brewery-fortune in helping restore the reputation of Mosel to its previous heights. Roman shows me his collection of wine lists from the early

years of the twentieth century. I browse through one from the Ritz Hotel in Paris. Roman points out the prices for Château d`Yguem and other iconic wines, and then triumphantly pokes his finger at a Mosel Riesling: It is by far the most expensive offering on the entire list.

So, what happened? The Nazis, is what. The vineyards used to deliver their products to local merchant houses who would then distribute the wines around the world. The majority of the merchants were Jewish, so by 1945 there was no one left to market and sell Mosel wines. Locked out of the luxury market, some local winemakers instead aimed at the masses with sugary plonk best suited for teenagers and old ladies. It was wildly successful. It was also the final nail in the coffin for Mosel’s reputation.

Roman thinks this is terribly unfair. He tells me all wine regions have plenty of bad wine, but that only Mosel is punished for it.

(I mentioned this observation to other Mosel winemakers – they thought it very succinct.)

Even if you are a teetotaller, hiking through these vineyards is an experience to remember. There is a trail running above the Calmont vineyard, officially the steepest in the entire world at an incredible 65 degrees’ incline, and the views of the winding river below you are stunning.

Then there are the towns that are strewn along the river gorge. Here’s attractive Cochem with its massive hilltop imperial castle guarding the river. A little further south, fairy-tale quaint and beautiful Bernkastel-Kues with immaculate 17th century buildings, medieval squares and cobblestoned alleys.

Stay at the confluence of two great rivers

At Silver Tray, we have chosen the town of Koblenz as the perfect base. Koblenz has the distinction of being strategically placed right at the confluence of two of Europe’s most impressive rivers: the Mosel and the mighty Rhine.

Most visitors jump on a day-cruise down the most famous stretch of the Middle Rhine, and we can’t really argue against the wisdom in that, but you should certainly set aside one extra day here, and then book your way on a passenger steamer on the Mosel. You simply buy a day-pass and then go as you please up the river.

The most effective use of your time would be to jump on one of the frequent commuter trains that can whisk you back to Koblenz in less than an hour. This way you can spend all day cruising further and further up the river, with plenty of time to explore the wonders along the way.

Whatever you do, remember to sample a few glasses of Riesling, and we’d advice you to splurge on the really good stuff. Ask for one of the finer bottles from Marcus Molitor, Van Volxem, or von Schubert, and you’ll realize why Mosel deserves to once again be recognised as a wine region right up there with Burgundy and Bordeaux. 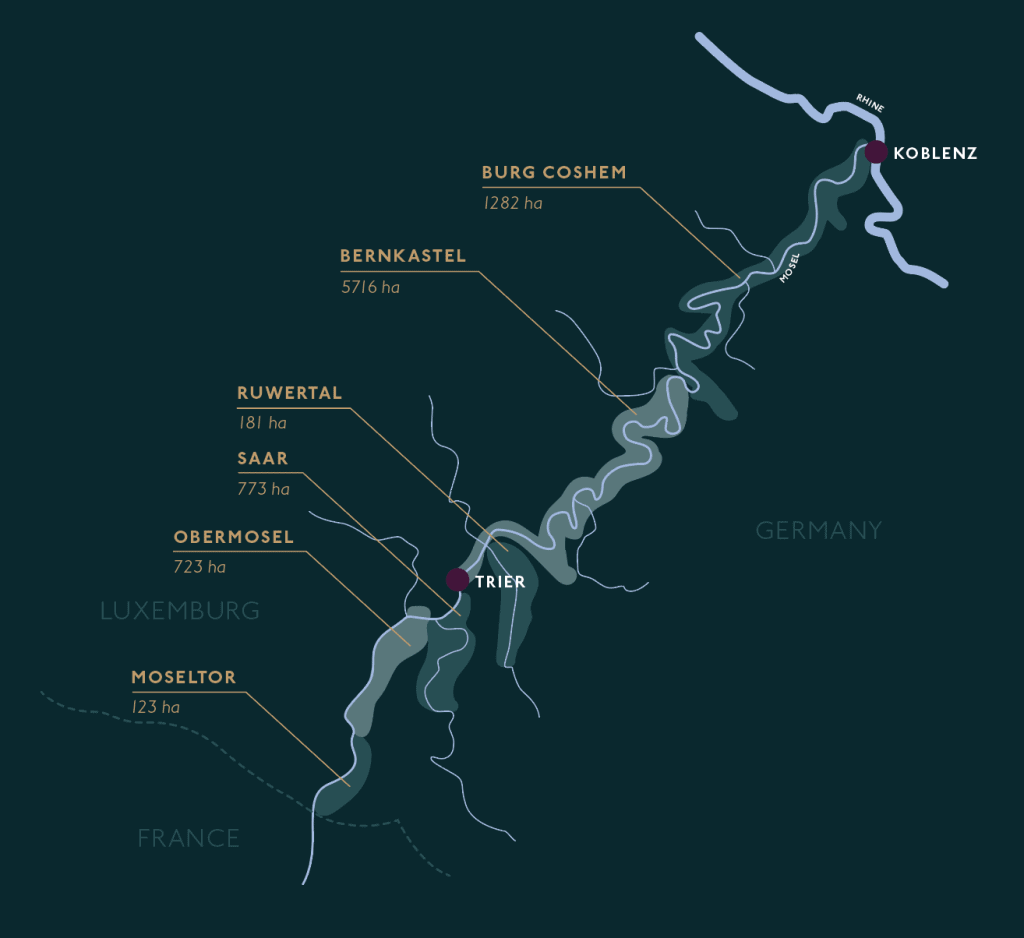 Several Silver Tray journeys pass through historic Koblenz at the confluence of the Rhine and the Mosel, and always include a full-day pass to unlimited crusing on steamers on both rivers. 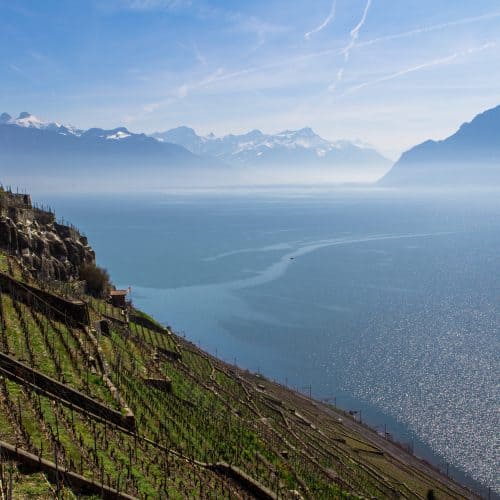